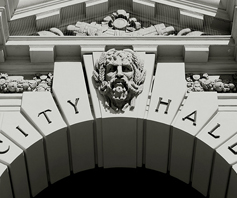 To upgrade to the Financials system on a limited budget while simultaneously building a framework for future Government initiatives.

CherryRoad implemented a system that leverages Internet architecture as a foundation for Government – positioning the City for Portal, Procurement and CRM applications. CherryRoad completed the upgrade on-time and on-budget.

“Not only was CherryRoad able to help us complete our upgrade on time and on budget, they also positioned us to support future web-based projects and lay the groundwork for our current Budgeting implementation. It is for these reasons that we consider them a long-term system solutions partner.”

Building a Foundation for Future Initiatives While Stretching the IT Dollar

The City of Pasadena – famed for the annual Tournament of Roses Parade and Rose Bowl Game, and site of the world-renowned California Institute of Technology – is home to more than 134,000 residents and to organizations employing nearly 100,000 individuals.

As the City of Pasadena prepared to upgrade its Financials system, it faced a challenge shared by many public sector organizations: shrinking IT budgets. Further, although money was tight, the City had a long-range vision for streamlining internal operations, while improving the level of service it provides to its constituents. The City planned, for example, to implement web-based employee self-service, a City-wide intranet, and e-government services. Thus, any upgrades they performed had to be compatible with their long-term IT strategy.

Pasadena turned to CherryRoad Technologies as its implementation partner, based on the firm’s five-year history of successful projects with the City. CherryRoad had successfully partnered with the City on the original implementation of their Financials system, their subsequent upgrade to a current version, and various strategic evaluations and assessments.

CherryRoad needed to help the City reduce the costs of a major upgrade, while also building a foundation to support future IT initiatives that were not currently funded. CherryRoad developed an overall plan to:

Managing the Upgrade on a Limited Budget

Maintaining this focus on adhering to budget limitations while building a framework for future initiatives, CherryRoad worked with the City to formulate alternatives for each aspect of the project, particularly system architecture, upgrade approach, and foundational strategy.

Because the Internet architecture represented a fundamental change in the applications environment, CherryRoad led the City in assessing its infrastructure and revisiting past decisions that were based on client/server architecture. The team explored platform changes that could reduce hardware expenditures, while maintaining focus on scalability. In the end, CherryRoad recommended that the City transition to a new platform that: